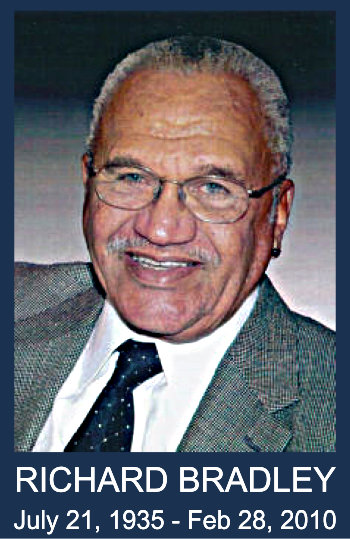 Born July 21, 1935, he was the son of RB and Dorothy Bradley, both deceased. He was the youngest in a family which included three boys and three girls.

Mr. Bradley attended Rushville Public Schools; a 1953 graduate of Rushville High School; a 1957 honors graduate of Indiana University; and received a Masters of Arts degree in Educational Administration and Supervision from Roosevelt University, Chicago, in 1962. While attending Indiana University, he pledged into the Alpha Phi Alpha fraternity. In 1957 he became a Chicago Public Schools elementary teacher and subsequently became a teacher of adults, assistant principal and principal. He retired from Oliver Wendell Holmes Elementary School as principal in 1993. He was active in several tennis organizations. He was the past president and a former member of the American Tennis Association and the Midwestern Tennis Association Board of Directors. To celebrate his many accomplishments in the tennis world, the City of Rushville named the high school tennis courts the “Richard Bradley Tennis Center.” He also was an active member of the Chicago Assembly.

Besides his parents he was preceded in death by a sister, Margaret Franklin, and a brother, James Robert Bradley.

Services were March 6, 2010 at St. Columbanus Parish in Chicago with the Rev. Marty Gool officiating.