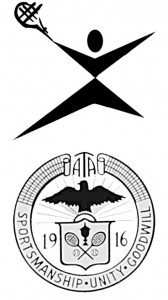 Midwestern Tennis Association (“MID-TAC”) is the Midwest Section of the American Tennis Association (“ATA”-founded in 1916) and has ties to local community tennis organizations in ten Midwestern States (Iowa, Illinois, Indiana, Kansas, Kentucky, Michigan, Minnesota, Missouri, Ohio, and Wisconsin). Member Clubs pay Annual Dues and have a voice in MID-TAC’s development and direction. MID-TAC is a 501(c)3 not-for-profit organization and its officers and committees are all volunteers.

MID-TAC is an organization that uses tennis as a vehicle to cultivate strong family values. Its organizers believed that athletic competition and good sportsmanship were prerequisites for building good personalities and character. The same beliefs are definitely true for today’s tennis players.

The Chicago Defender, an African American National Newspaper, reported in an August 21, 1926 article that the 3rd Annual Western Tennis Championship was held in Chicago, Illinois. This article alone dates the first Western Tournament in the year 1924. Researching several other newspapers from that time, another Chicago Defender article dated August 10, 1935 reporting on the Midwestern Tennis Association Tournament, clearly places MID-TAC’s beginnings in Wilberforce, Ohio. The tournament’s name also appeared to have changed from “Midwest” to “Midwestern” between 1926 and 1929. MID-TAC’s original beginnings were in Chicago, Illinois through the involvement of Mother Mary Ann Seames and others.

Within this website, individuals will be able to get a chronological view of MID-TAC’s Glorious Days through biographies, newspaper articles, pictures, news bulletins, program booklets and other artifacts that we were able to recover.

In addition, MID-TAC will highlight many of our past heroes and sheroes and bring the historical data up to the current times. Many many volunteers over the decades have contributed to the existence of MID-TAC and we are excited to continue to add to that body of information as the years go on. [The historical update and information is being added to the MID-TAC website beginning March, 2016].

The current Annual Championship Tournament brings together youth and adults from the ten state area (and beyond) to compete in a regional event of their peers during the Fourth of July weekend. The selected Indianapolis host hotel is headquarters for registration night with refreshments and is the location for the junior and adult parties sponsored by MID-TAC. Many of our junior players have successfully achieved regional and national rankings and many MID-TAC adult and junior participants go on to compete in the ATA National Tournament held every year the beginning of August.

Past junior participants have utilized their tennis skills and accomplishments to advance their educational goals at Tennessee State, Alabama State, Wayne State, The University of Detroit, Chicago State, FAMU, Hampton, Howard and other Black Colleges and Universities. Former junior players are presently employed in varied professions including medicine, law, education, computer science, engineering, accounting, etc. and some are staff members of the United States Tennis Association (USTA). At the time of this writing (March, 2016) Katrina Adams, ATA and MID-TAC junior tennis player from Chicago turned professional and is currently the first African American Woman President of the United States Tennis Association [elected 2014].

MID-TAC maintains a positive view toward the family and our community and has provided support to its Member Clubs who conduct Junior Development Tennis Programs throughout the Midwest. The MID-TAC Coaches and Instructors Committee (“MCIC”) was formed in November, 2010 and held its first “Coaches Connection @ Lexington, OH Invitational Junior Camp” on December 11, 2010. MCIC has the goal of assisting interested coaches and instructors with their programs and resources through a holistic (mind, body & skills) approach to teaching tennis, thus insuring that qualified junior players are being developed effectively and consistently by our Member Clubs.

MID-TAC also offers “Junior Tennis Player” Scholarships to help defray the cost of returning juniors who placed 1st or 2nd in their division at the immediate past MID-TAC Annual Championship Tournament. The MID-TAC “Future Leaders” Academic Scholarship, Richard Bradley “Junior Excellence” Scholarship and “PJ” Meadors IV “Apprenticeship Scholarships are also awarded during the Tournament weekend to deserving juniors who meet the qualifications and submit a completed Application for selection. MID-TAC enjoys the support and involvement of many individuals year round, including the “Friends of MID-TAC Juniors” who conduct an Annual Holiday Raffle on behalf of the MID-TAC Junior Scholarship Fund.

The goal of MID-TAC is to become “The Premier Tournament for Juniors and The Preferred Tournament for Adults”. Tennis is a sport for life and all ages can enjoy the game together for a very long time. MID-TAC is committed to making our Annual Championship Tournament a valuable contribution to that experience.